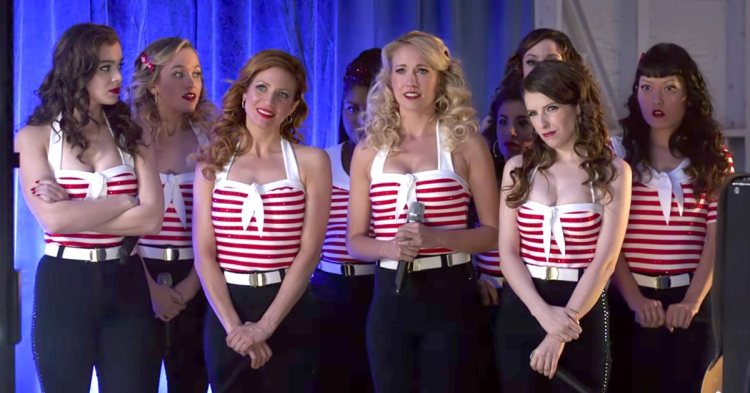 If anybody actually asked for another Pitch Perfect movie, then they absolutely deserve what they got: a tone-deaf three-quel more thinly plotted than a grade-school revival of The Music Man as produced by Terrence Malick.

The first installment a surprise hit that coasted on a novel combination of savvy music design and an affable cast led by Anna Kendrick; there were enough B-sides left over to for a watchable second movie; now, the premise is stretched so thin that someone thought it would be a good idea to pad it with an action-suspense subplot involving Fat Amy’s (Rebel Wilson) long-lost father/international crimelord (John Lithgow with a sketchy Australian accent). Seriously.

The story finds the Bellas dealing with what most of us learn post-graduation: real life is tedious. Desperate for one last hurrah, they sign up for a four-country USO tour/singing contest fronted by DJ Khaled (somehow miscast as himself). Their competition consists of generic country & western group Saddle Up, oddball DJ DragonNuts, and all-female rock band Evermoist. The side-plots involving love interests for a couple of the ladies are bland at best, the one mentioned above feels like it was grafted on from another, equally insipid movie.

It all plays out exactly how you would expect it to, and it begs the question “Where’s Chuck Barris when you really need him?”