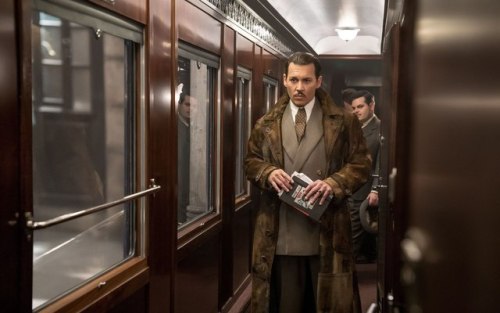 A hearty serving of “meh”, actor-director Kenneth Branagh’s workmanlike adaptation of Agatha Christie’s Murder on the Orient Express is diverting, crammed full of strong but unremarkable performances from an impressive ensemble cast, and mercifully short. It’s a fun ride, but there’s not enough steam in this engine for it to develop into anything memorable.

However, the same can not be said of Branagh’s turn as Hercule Poirot, the self-described “World’s Greatest Detective”, whose enormous intellect is matched only by his prodigious (and baffling) mustache. It’s a bit soon to declare his take on the character as one of the best, but he’s easily in the running. 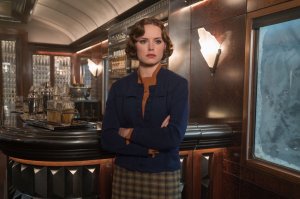 The movie finds Poirot embarking on a much-desired vacation, hopping the titular train for a trip from Istanbul to Calais. His old friend, Bouc (Tom Bateman) runs the opulent train, whose passengers include Russian nobility (Judi Dench), a wealthy American widow (Michelle Pfeiffer), an Austrian professor with questionable  views on race (Willem Dafoe), a governess (Daisy Ridley), an African doctor (Leslie Odom Jr.), a Spanish missionary (Penelope Cruz), and a sketchy art dealer with a dark background (Johnny Depp). The latter is murdered early into the journey, on the same night that an avalanche derails the engine as well as Poirot’s holiday, as he tries to uncover the killer before it’s too late.

Screenwriter Michael Green (Alien: Covenant, Blade Runner 2049) makes some intriguing changes to the source material: The rank colonialism of Christie’s novel is traded in for some pointed observations on the casual racism of the 1930s, Poirot is humanized by hints of a lost love, and the moral crisis he experiences upon solving the crime borders on existential.

Still, the plotting is a bit mechanical, as is the case with with many of Christie’s whodunits, and this iteration does quiet mesh with the material the way Sidney Lumet’s 1974 version did, partly because Branagh’s swooping camera shots and some dodgy (though thankfully minimal) use of CGI take the viewer out of the story on more than one occasion.

That said, Branagh does craft an impressive performance as the eccentric master detective, an even though Orient Express is a ho-hum movie, its open-ended tease of a possible sequel is enticing. If Branagh comes back for more, let’s hope it’s in a more energetic movie.