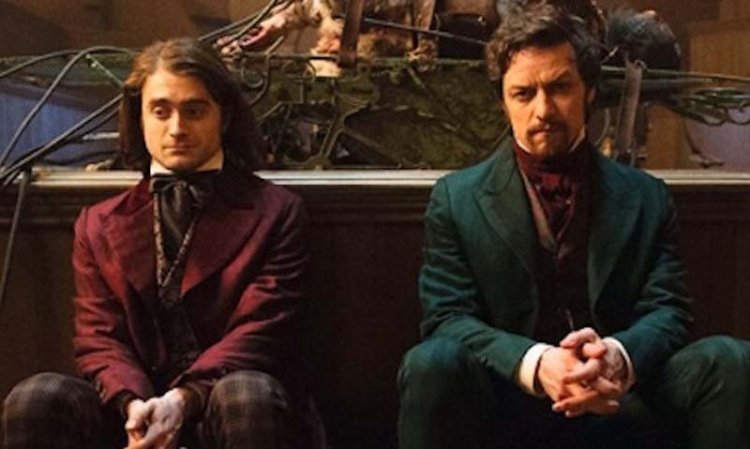 In all fairness to screenwriter Max Landis (Fantastic Four) and director Paul McGuigan (Sherlock), finding a fresh spin on Mary Shelley’s classic novel is no easy feat. On the surface of it, re-jiggering the story as a mildly demented buddy movie is one of the few iterations left; unfortunately, the execution is lack and Victor Frankenstein is such a poorly realized and half-baked mess that no amount of lightning and movie alchemy in the world can bring it to life. It’s biggest shortcoming is that most heinous of cinematic sins: it’s deathly dull.

The story is told from the point of view of Frankenstein’s lab assistant, Igor (Daniel Radcliffe). Purists will quickly point out that said character never appeared in the novel, or even the movies prior to The Son of Frankenstein (1939); rest assured, that’s the least of this movie’s problems.

Igor is a self-taught expert in anatomy working as an abused circus clown when Frankenstein (James McAvoy) rescues him. The budding young scientist cleans him up, establishes him with the identity of his absentee roommate, takes him on as his assistant, and gives him access to a larger world.

Igor allows himself to be swept up in Frankenstein’s quest to re-animate the dead, though he’s more willing to question the implications of such a discovery than his employer is. That and Igor’s budding relationship with a young socialite, Lorelei (Jessica Brown Findlay), causes tension between the two (though the latter shouldn’t — it’s a tepid romance, even by Victorian standards). Meanwhile, both are pursued by Inspector Turpin (Andrew Scott, Spectre), a cop whose instincts are strong but whose investigation amounts to little more than police harassment.

McAvoy seems more than game willing to embrace the story’s inherent campiness, and he comes across as downright manic opposite a subdued Radcliffe and reined-in Scott. It’s actually Freddie Fox who gives the movie a dose of inspired villainy as Finnegan, the rich dandy classmate who finances Victor’s experiments, though a cameo by Charles Danse as the latter’s stern father reminds us of what we lost when Tywin Lannister died on the (ahem) throne.

McGuigan and Landis make a lot of story decisions for the sake of convenience that result in a tepid narrative. The movie is told through Igor’s eyes, but he has little personality through which to filter the macabre events that unfold; his trademark hunchback is explained away and dispensed with in the first act, an extreme makeover that runs him into a generically pretty Victorian gentleman whose sudden rise in proper society amounts to very little in the way of either plot or pathos.

Frankenstein is a too sympathetic mad scientist who at least gets the interesting backstory that everyone else is denied. Landis tries to have it both ways with dear Victor, making him destructively obsessive and self-centered, and then plays down his ugly side with a wink, a clever quip, and a shit-eating grin. Landis gives him the most half-hearted of moral reckonings, the outcome of which evaporates in the movie’s sequel-bait final scene. His ersatz nemesis, Turpin, is a generic Bible-thumping villain with vague motivations involving his late wife. The two are so weakly defined that they fail completely as a metaphor for science versus religion and the hazards of playing God; instead, they come across as sock-puppet caricatures for the extremes of the argument.

The only time the move comes to life (so to speak) is during its climax, when Victor succeeds in bringing his creation to life and must deal with the subsequent rampage and the existential questions he’s dodged up to that point. After slogging through 100 minutes of tedium to get there, it’s hard to care.