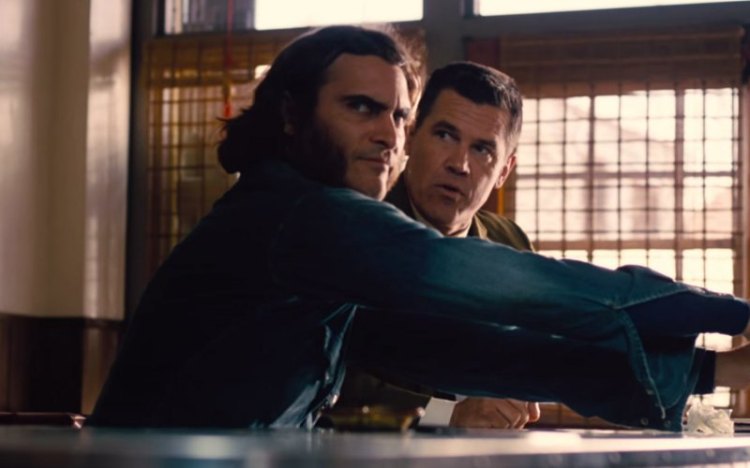 Inherent Vice is the first movie based on a novel by Thomas Pynchon. Whether or not there will be another any time soon is anyone’s guess. Paul Thomas Anderson’s adaptation (approved by Pynchon himself) is a rambling and largely incoherent tale. It’s supposed to be; its source was a rambling, convoluted soft-boiled detective tale, and Anderson’s take on it is equal parts The Big Lebowski and Fear and Loathing in Las Vegas, filtered through the wunderkind writer-director’s uniquely skewed interpretation of Los Angeles. It’s a labyrinthine slice of stoner camp, a genre bender that goofs on the viewer under the guise of deconstructing film noir. 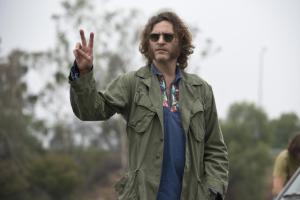 What follows is a parade of escalating weirdness in the form of increasingly surreal encounters with post-Woodstock Angelenos high on drugs and paranoia, most of whom seem to be the verge of their own individual apocalypses. It’s tempting to view Inherent Vice as another of Anderson’s signature ensemble-driven movies, but it’s Phoenix who carries it throughout, though some of his best scenes are with Josh Brolin (rocking a flat top that you could land a small plane on). The latter plays Christian “Bigfoot” Bjornson, a wannabe actor, hippie hater, self-described civil rights-violating cop, and Doc’s polar opposite. The two play their many scenes together as a mismatched, dysfunctional, co-dependent frenemy duo. They need each other as much as they irritate each other, or maybe they just need to irritate each other. Either way, it’s a hoot to watch.

Filling in the spaces around them are is a game and talented cast that includes Phoenix’s Walk the Line co-star Reese Witherspoon as a hard-nosed D.A. who’s sleeping with Doc for some unfathomable reason; Owen Wilson as a supposedly dead surf rock sax player-turned-agent provocateur; Jena Malone as his ex-junkie wife; Martin Short as overly horny and strung-out dentist Dr. Rudy Blatnoyd; Benicio Del Toro as Doc’s attorney, Sancho Smilax (who comes across as a more sedate version of Fear and Loathing‘s Dr. Gonzo); and The Wire‘s Michael K. Williams as a black militant. Singer-songwriter Joanna Newsom provides breathy narration with suitably trippy exposition from the book.

As with much of his previous work, Anderson imbues the movie with a sense of doomed romanticism. The ’60s have ended in every sense, the afterglow is fading, and all that Doc and the rest have to look forward to are Watergate, the fuel crisis, the hostage crisis, and the biggest buzzkill yet, the 1980s. There’s an odd sense of foreboding that permeates the film yet somehow jives with the slapstick. Indeed, “these are perilous times, astrologically speaking, for dopers,” coos Newsom during the opening scene.

Sure, Inherent Vice  never fully takes on shape, but it’s not really supposed to. Accept that when you sit down to it, and you’ll enjoy the contact high.