Celluloid Ghosts: How Past Filmmakers Have Rolled with the Loss of an Actor 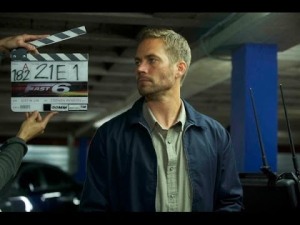 Paul Walker’s untimely death in November devastated the friends and fans of the popular actor; it also put the Fast and Furious franchise in limbo. The seventh film in the series — which was intended as a starting point for a third trilogy of F&F movies — was in mid-filming when Walker died, and the actor still had several major scenes to shoot. The release date has reportedly been pushed back a full year while director in James Wan and Universal Studios execs discuss their options, which range from heavy rewrites to starting the production over from scratch.
It’s a difficult situation, and one that sadly occurs from time to time. Below are some past instances when a star died during production, and how filmmakers responded to the challenge: 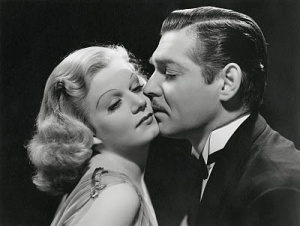 Saratoga (1937). The original platinum blonde starlet, Jean Harlow had experienced a meteoric rise to stardom before her tragic, untimely death from kidney failure at the age of 27. Though the movie was 90% finished, Universal wanted to reshoot the picture with another actress; Harlow’s fans protested, and the film was completed with body and voice doubles. (Co-star Clark Gable likened it to performing opposite a ghost.) The movie was released less than two months after her passing.

Giant (1956). James Dean had just one film (East of Eden) in theaters and two more (Rebel Without a Cause and Giant) on the way when he died behind the wheel of his Porsche 550 Spyder in 1955, cutting short one of the most promising acting careers of the era at age 25. Dean was still needed for some voice dubbing on Giant; instead, co-star Nick Adams impersonated his voice in Dean’s climactic final scene.

The Three Stooges Shorts (1956). When “Shemp” Howard died from a heart attack in 1955, it left Moe and Larry shy one stooge and contractually obligated to deliver four more shorts to Columbia Pictures. Budget cuts forced the other two Stooges to complete “Rumpus in the Harem”, “Hot Stuff”, “Scheming Schemers”, and “Commotion on the Ocean” via use of stock footage, a stand-in, and dialogue dubbed in from previous shorts. Shemp was replaced by Joe Besser later in ’56. 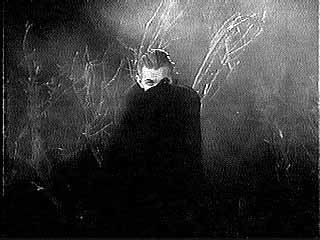 Plan 9 from Outer Space (1959). Legendary schlock director Ed Wood had been working with Dracula star Bela Lugosi on a number of low-budget projects when the latter died of a heart attack in 1956. Wood handled the situation in his own inimitable style by writing Plan 9 (aka Grave Robbers from Outer Space), working his unused footage of Lugosi into the film, and using footage of hired his wife’s chiropractor a stand-in, even though he bore little resemblance to Lugosi (a problem “solved” by having him hold a cape in front of his face much of the time).

Something’s Got to Give (1962). Marilyn Monroe had already been fired from and re-hired to this troubled remake of My Favorite Wife when she committed suicide shortly before filming resumed. Twentieth Century-Fox overhauled the film with an entirely new cast and released it as Move Over, Darling in 1963. Monroe’s footage remained unseen until 2001, when it was digitally restored and assembled into a 37-minute short and released for her 75th birthday. 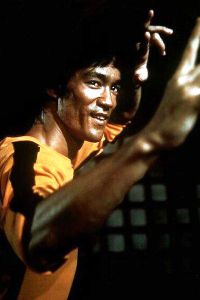 The Game of Death (1978). Bruce Lee had completed Enter the Dragon and filmed roughly 100 minutes of footage for Game of Death when a cerebral edema claimed his life in 1973. The epic action centerpiece of the latter film (which included battles with Hugh O’Brian and Kareem Abdul Jabbar) had been completed but most of the rest of the film was not. Enter the Dragon director Robert Clouse was hired to finish the film via use of stand-ins (including a cardboard cut-out in one shot), archive footage, and (questionably) footage from Lee’s funeral.

The Twilight Zone: The Movie (1983). This anthology film directed by John Landis, Steven Spielberg, Joe Dante, and George Miller was almost scrapped when a helicopter crash during a stunt sequence took the lives of actor Vic Morrow and two child actors (who had been hired illegally). Morrow’s segment was left slightly incomplete, and all the scenes featuring the children were removed. Litigation over the incident lasted for nearly a decade.

Brainstorm (1983). Special effects wizard Douglas Trumbull’s haunting sci-fi drama was nearly scrapped when lead actress Natalie Wood drowned during a boat trip with husband Robert Wagner and co-star Christopher Walken. Wood had already completed her major scenes, but MGM used her death as an excuse to shutdown the over-budget production. Lloyd’s of London stepped in to finance the remainder of the filming, and Trumbull completed it with rewrites and a body double. 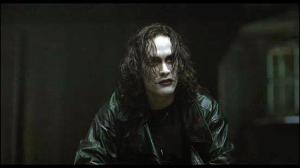 The Crow (1994). In a cruel twist of fate, Bruce Lee’s son Brandon died during the filming of what would have been his breakthrough role, killed in a freak accident involving a prop gun. The movie went into limbo until Miramax picked it up; some script rewrites allowed it to be completed with minimal use of a stunt double and CGI.

Wagons East! (1994). John Candy didn’t want to appear in this western comedy, but was contractually obligated to do so. After his death from a heart attack mid-production, his few remaining scenes were re-written to not include him, filmed using a stand-in, or were not filmed at all. (One sequence simply re-used footage from an earlier scene.) Despite being Candy’s final role, it was a box office bomb and currently holds a 0% rating on Rotten Tomatoes. We’ll always have Planes, Trains and Automobiles though.

Gladiator (2000). Oliver Reed’s death during the filming of Ridley Scott’s historical epic created an unexpected and tricky post-production hurdle for the crew, who created a digital double for the remaining scenes involving his character by mapping a three-dimensional CGI mask of Reed’s face and digitally grafting it onto a body-double, at an estimated cost of $3.2 million for two minutes worth of footage. 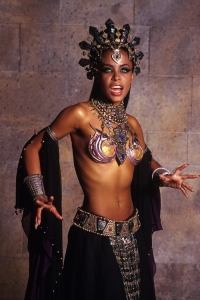 Queen of the Damned (2002). Budding young singer-actor Aaliyah was barely into a promising career that included three studio LPs and a feature film (Romeo Must Die) when she died in a plane crash at age 22. Queen of the Damned was mostly complete at the time, though her brother Rashad re-dubbed some of her lines during post-production. She had been cast in a small role in the Matrix sequels, and was subsequently replaced by Nona Gaye.

The Matrix Revolutions (2003). Gloria Foster died before she could complete any of her scenes as the Oracle for the final film of the Matrix trilogy or its video game spin-off, Enter the Matrix. Her friend and colleague Mary Alice took over the role, with the change explained in-story as a disguise of sorts. 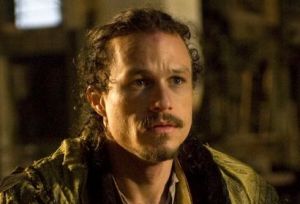 The Imaginarium of Dr. Parnassus (2009). Heath Ledger had completed his work on The Dark Knight when died suddenly in 2008. Director Terry Gilliam, whose bad luck during filming is almost legendary, was not so fortunate, having just begun work on this fantasy film. Gilliam found a novel solution involving neither CGI nor doubles, instead rewriting Ledger’s character to morph into others as he traveled through a dream world; each incarnation was played by one of the actor’s friends — Colin Farrell, Jude Law, and Johnny Depp — all of whom donated their paychecks to Ledger’s daughter.

Iron Cross (2009). During the filming of writer-director Joshua Newton’s Holocaust drama in 2009, leading man Roy Scheider (Jaws) died of multiple myeloma — the same disease that killed Newton’s father (upon whom the story is based) nine months earlier. His scenes were completed with the now-standard use of CGI and a stand-in.

Dark Blood (2012). River Phoenix’s fatal drug overdose in 1993 left George Sluizer’s drama only partially finished, and the project was virtually abandoned for 18 years. Sluizer held onto the footage until recently, re-editing it and replacing the unfilmed scenes with narration — a solution some critics described as surprisingly effective, though it is still technically an incomplete film.