The USA Film Festival presents the 29th Annual KidFilm Festival on January 26 and 27 at the Angelika Theater. The oldest and largest children’s film festival in the United States, its programming will include a variety of live-action an animated feature films, as well as a tribute to author and illustrator Peter H. Reynolds, who will sign copies of his latest work.

Tickets are $5 per program ($4 for USAFF members); Tickets for the Reynolds event and screenings of Hugo and The Wizard of Oz are free. For more info, visit the USAFF website. 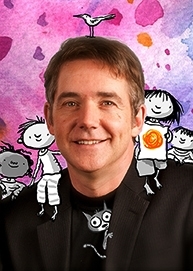 12:30pm DERBY DOGS
Against his mother’s wishes, Ben secretly enters the local soapbox derby hoping to best the neighborhood bullies. With the help of his rag-tag group of friends, the 12-year old sets out to build and race his own car, encountering an eccentric cast of characters and learning a few lessons along the way. 87 min. Ages 6 and up. 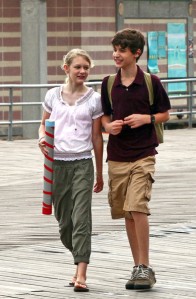 2:30pm JEREMY FINK AND THE MEANING OF LIFE
A month before his 13th birthday, Jeremy Fink receives a locked wooden box with the words, “The Meaning of Life – for Jeremy Fink to open on his 13th birthday.” In order to discover what secrets lie within the box, Jeremy and his best friend, Lizzy, must use their imaginations to search high and low in Manhattan for clues. Their adventures take them from flea markets to science museums, meeting wacky and intriguing char- acters along the way. Each encounter unlocks a clue to bring them closer to finding out the contents of the box, and ultimately discovering the greatest secret of them all! Based on the popular novel by Wendy Mass, starring Mira Sorvino, Joe Pantolia- no, Michael Urie, Ryan Simpkins and Maxwell Beer. 88 min. Ages 6 and up.

2:30pm A CAT IN PARIS (presented in English)
Featuring the voices of Marcia Gay Harden, Anjelica Huston and Matthew Modine, this Academy Award®-nominated film is a hand-drawn caper set in the shadow-drenched alleyways of Paris. Dino is a cat that leads a double life. By day he lives with Zoe, a little girl whose mother is a detective in the Parisian police force. But at night Dino sneaks out the window to work with Nico – a slinky cat burglar with a big heart, whose fluid movements are poetry in motion as he evades captors and slips and swishes from rooftop to rooftop across the Paris skyline. 70 min. Rated PG for mild action and violence, and some thematic material. 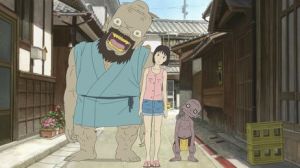 4:30pm A LETTER TO MOMO
The last time Momo saw her father, they had a fight — and now all she has left to remember him by is an incomplete letter that he had started to write her, a blank piece of paper penned with the words “Dear Momo,” but nothing more. Moving with her mother from bustling Tokyo to the remote Japanese island of Shio, she soon discovers three goblins living in her attic, a trio of mischievous spirit creatures who have been assigned to watch over her and only she can see. The goblins are also perpetually famished and begin to wreak havoc on the formerly tranquil island, ransacking pantries and ravaging orchards — acts for which Momo often has to take the blame. But these funny monsters also have a serious side, and may hold the key to helping Momo understand what her father had been trying to tell her.
120 min. Ages 7 and up. In Japanese with English subtitles.

4:30pm AMAZING RACER
After the sudden death of her father, Shannon believes she is left without any family. That is, until she learns that her father had a secret — the mother that Shannon thought had passed away is, in fact, alive and well. Shannon travels to meet her mother and befriends a horse trainer along the way who allows her to care for a lame horse, which helps her deal with her own emotional trauma. Together, Shannon and her horse begin training in cart racing, with results that upset a villanous rival horse farm owner. Through new friendships — both human and equine — Shannon is able to find her way back to happiness. The film stars Julianne Michelle, Daryl Hannah, Louis Gossett Jr., Claire Forlani and Eric Roberts. 93 min. Ages 8 and up. Note: Film contains some mild language. 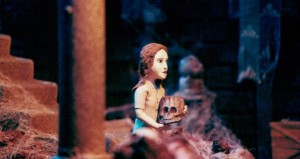 12:30pm THE LADY OF NAMES
Local filmmaker Michael Stokes wrote this charming, stop-motion animated adventure about a beautiful librarian who discovers the power of magic when an ill-conceived wish catapults her into the world of fairy tales. She falls into the clutches of the Troll King, and her only hope for rescue is Zack Driscoll, a young handyman in love with her. Kidnapped by a pompous mushroom and an elfin creature, Zack braves goblin magic and the icy domain of the Memine to reach the home of the Great Owl who reveals the key to the Troll King’s power. Zack and his new friends race to the tower, setting the stage for the last epic battle between our heroes and the armies of the Troll King. Michael Stokes in attendance. 79 min. Ages 6 and up.

12:30pm FAVORITE ANIMATED SHORT FILMS
Bring the entire family for a fun-filled program of new and favorite (mostly book-based) animated short films. Learn about friendship with “Bink & Gollie” and “Scaredy Squirrel Makes a Friend”, discover what ro- bots do all day with “Robot Zot”, help “Splat the Cat” face a brand new school, learn the importance of self-expression with “Naked Mole Rat Gets Dressed”, and celebrate love and generosity with “Catch and Release”. 60 min. Ages 4 and up.

2:30pm THE PAINTING (LE TABLEAU)
In this wryly inventive parable, a kingdom is divided into the three castes: the impeccably painted Alldunns who reside in a majestic palace, the Halfies who the Painter has left incomplete, and the untouchable Sketchies, simple charcoal outlines who are banished to the cursed forest. Chastised for her forbidden love for an Alldunn and shamed by her unadorned face, Halfie Claire runs away into the forest. Her beloved Ramo and best friend Lola journey after her, passing between the forbidden Death Flowers that guard the boundaries of the forest and arriving finally at the very edge of the painting, where they tumble through the canvas and into the Painter’s studio. The abandoned workspace is strewn with paintings, each containing its own animated world — and in a feast for both the eyes and imagination, they explore first one picture and then another, attempting to discover just what the Painter has in mind for all his creations. 78 min. Ages 7 and up. In French with English subtitles.

2:00pm HUGO in 3D
KidFilm Classics
This modern masterpiece is the inventive adventure of a wily and resourceful boy whose quest to unlock a secret left to him by his father will transform Hugo and all those around him, and lead to a safe and loving place he can call home. From Academy Award®-winning director Martin Scorcese, this contemporary classic is a thrilling journey for the entire family and a valentine to movie-lovers of all ages. Starring Ben Kingsley, Asa Butterfield, Chloe Grace Moretz, Sacha Baron Cohen, Helen McCrory, Ray Winstone and Emily Mortimer. 126 min. Rated PG. Free admission program. 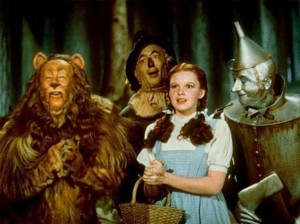 4:30pm THE WIZARD OF OZ (1939)
KidFilm Classics
Back by popular demand. If you’ve only ever seen Dorothy and Toto skip down the Yellow Brick Road on a TV screen, then you haven’t really seen The Wizard of Oz. Bring the whole family and journey to the Emerald City with the Scarecrow, the Tin Man and the Cowardly Lion. Kids are encouraged to come in costume as their favorite character. 87 min. All ages. FREE admission program.

4:30pm THE DRAGON PEARL
New friends Josh and Ling thought they were in for a boring vacation with each of their parents at an archaeological dig in China, but they soon discover that they are right in the middle of an adventure, when they find a mysterious monster that has been hidden deep in a temple for thousands of years. Josh tries to warn his father about the strange and magical creature, while Ling senses bigger forces
at play. They eventually realize that the monster is really an ancient Chinese Dragon, trapped on Earth because it’s been separated from its magical pearl. Through a breathtaking journey of good and evil, Josh and Ling must uncover the mystery of the pearl so that the dragon can finally return to its rightful place. The film stars Sam Neill, Louis Corbett and Li Lin Jin. 95 min. Ages 6 and up. 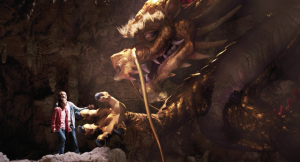